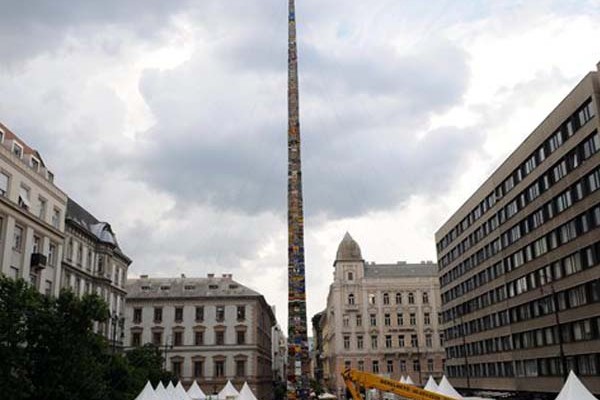 The Guinness world record has been set, the 34,67 m high tower has won the title of the world’s highest lego tower.

The tower was constructed between 21 and 25 May with the help of Lego Master Builders, school children, and volunteers. As it was an official attempt to break the current record, officials of the Guiness record company team were also present to verify  the record and to observe the event.

The previous record was set by a 33,43 m high tower

The previous record had been set by a 33,43 m high construction, which was built in the United States last year. As far as we know, Lego Store, the organizer of the event, had originally planned to construct an even higher tower.

The previous record was successfully broken by Hungary in 2014. The new record is now 34,67 meters. The people helping with the construction have received a certificate for their work.