There is a magical Stone Garden on the Római riverbank, where statues made from driftwood, stones, and pebbles by Tamás Kánya are presented.

‘The specific relationship between stones and wood’ – this could be the motto of the Land Art created by Tamás Kánya, who makes various statues from driftwood carried by the Danube and from stones he finds on the riverbank. He turns them into artwork or into stone towers and his unique perspective sheds light on the similarities between the shapes created by nature. 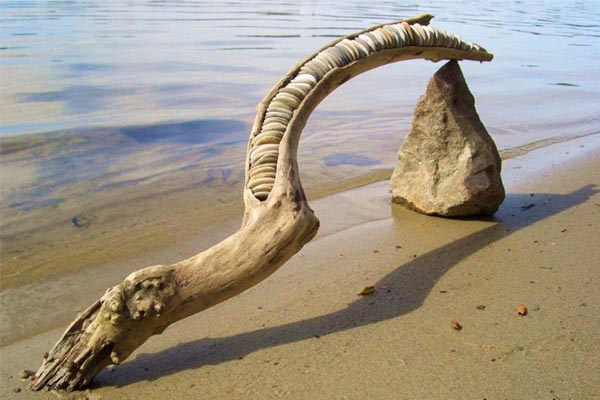 Balancing stones in the water

Tamás started to arrange the stones lying all over the riverbank of the Danube into special shapes one and half a year ago, primarily for his own pleasure. The stone towers standing in the water and the other works of art scattered on the shore have by now turned into an outdoor exhibition, a real Stone Garden. 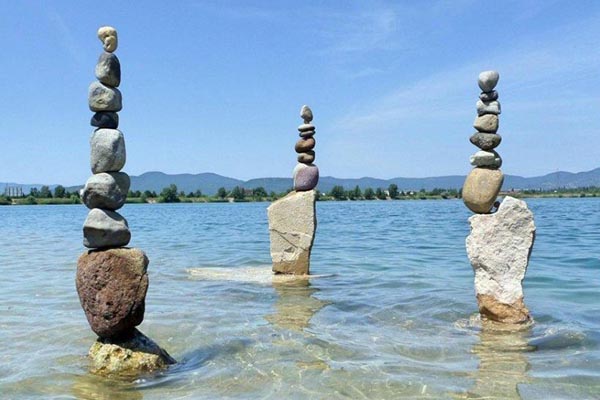 Tamás visits the riverbank almost every day to collect pebbles and if he sees an interesting-looking piece of wood during his walks, he gets inspired immediately. Creation is a kind of meditation for him. He says he doesn’t get angry when a tower collapses because the act of building it is as much of an artistic experience as the sight of the completed art work. 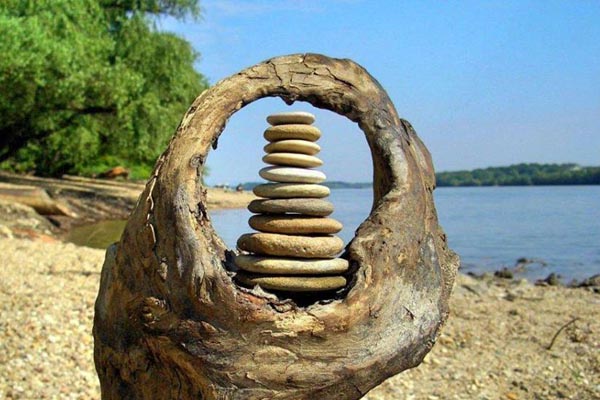 Colourful stones decorating the cracks in the trees

For Tamás, the pieces of driftwood which have an interesting shape can be seen as already complete pieces of ‘artwork’ due to their creative form. Some of the unique pieces of driftwood become part of the exhibition on their own merit; however, most of them are presented in the company of stones or pebbles in the Stone Garden gallery. It is really spectacular how the colourful polished stones have been lined up in the cracks of the pieces of wood that had been drifting in the water. 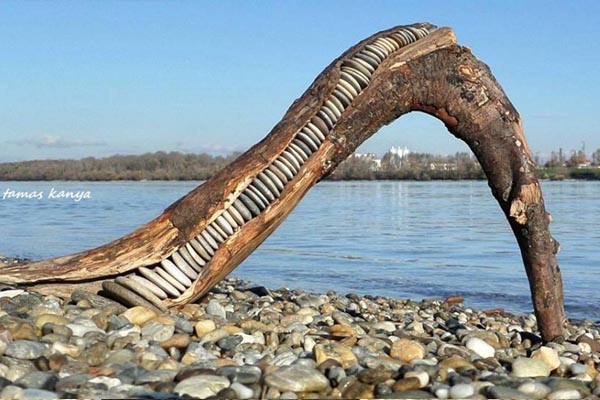 The owner of the Stone Garden started creating the various compositions as a pastime one and half year ago, but by now the section of the shore where the statues are – the side of the Római riverbank that is near the railway bridge – has become famous. Many people come here to admire the temporary stone columns.

The flood washes them away sometimes…

The Stone Garden is a park that never stops changing, where the works of art are being created, formed continuously or may disappear forever. Tamás changes the statues every day, new works of art are created all the time, while some of them get taken by the waves or washed under by the flood…