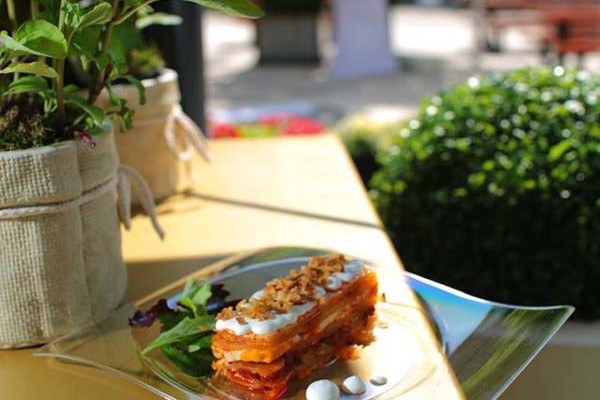 The three-day Gourmet Festival has opened in Millenáris Park

The main dish this year is layered potatoes, which the chefs were to prepare and showcase in line with their own style and imagination.

The best restaurants, confectioners, wineries and chefs of Hungary offer a special culinary experience at the Gourmet Festival. Apart from these, street food will also be highlighted at the event.

On each of the three days of the event a chef from one of the Michelin-star restaurants in Hungary – from Onyx, Costes and Borkonyha – will be the host and they promise not only to cook but also to reveal some secrets of the world of Michelin stars. Apart from the exciting food creations, visitors can learn about the ornamental and cultivated versions of unknown herbs and the more inquisitive guests can taste salads with an extraordinary flavour.

Organic farms and manufactures will introduce themselves

In accordance with the traditions of previous years, there will be a top chef duel, Hungarians will be represented by the head of Bock bistro, Lajos Biró and Viktor Segal, who have chosen rice as the theme of the competition. The French will be represented this time by Alain Caron, the world famous chef and consultant, also the member of the panel of the Dutch MasterChef, and Jaques Pourcel, the owner and chef of Jardin des Sens, a Michelin-star restaurant in Montpellier.

Visitors to the three-day event (from Friday to Sunday) can taste the delicacies presented by more than100 exhibitors.