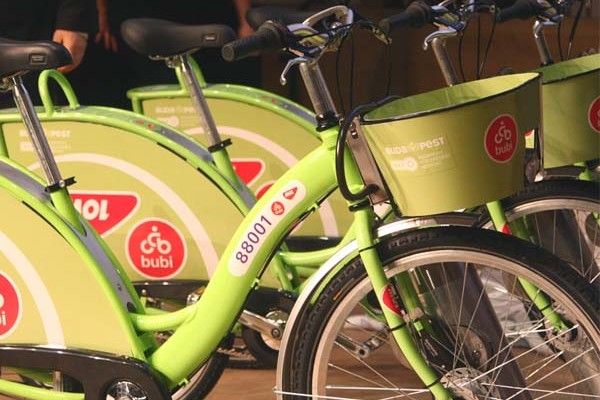 These may be picked up from any easily recognizable bicycle docking station and dropped off at any other station after use.

MOL Bubi is not a bicycle rental system but a new form of public transport which unifies the freedom of individual transport with the reliability of fixed-rail transport. In the first stage, 1100 bicycles will be available on 75 locations. On the Pest side they will be located on Nagykörút (the Grand Boulevard) and in Városliget (City Park), while on the Buda side they will be in Víziváros (in district I.) and in the South-Buda university district as well as on Margitsziget (Margaret Island). 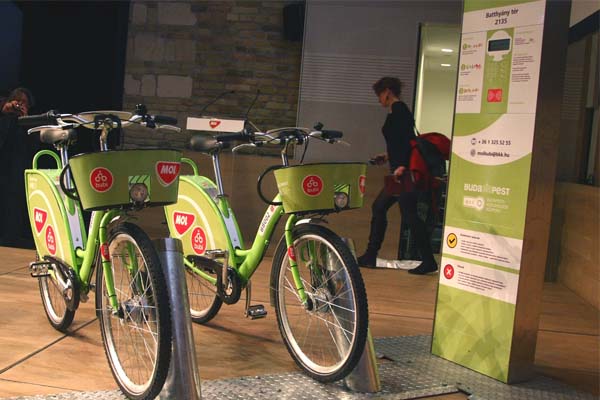 Free of charge for 30 minutes

The use of the bicycles will be free of charge for 30 minutes; after that the fee will increase significantly. It will not be worth using them for longer than a few hours, which is intended to help the utilization of the scheme so that if people need a bike they should always find one in the docking stations.

The basic requirements of the bikes are puncture-proof tyres, a higher than usual level of durability and carrying capacity, with additional safety solutions such as the completely closed brake-system and the continuously operating lights functional even after the bicycles have stopped. Not only the safety of the cyclists, but the safety of the bikes was also important for the designers: every Csepel bike is equipped with an anti-theft GPS module for the easy monitoring of the locations of the bikes.

Users will able to use the system via a mobile application developed for Android and iOS platforms which will provide information about the nearest Bubi docking station, the number of free docking stands and the number of accessible bicycles.