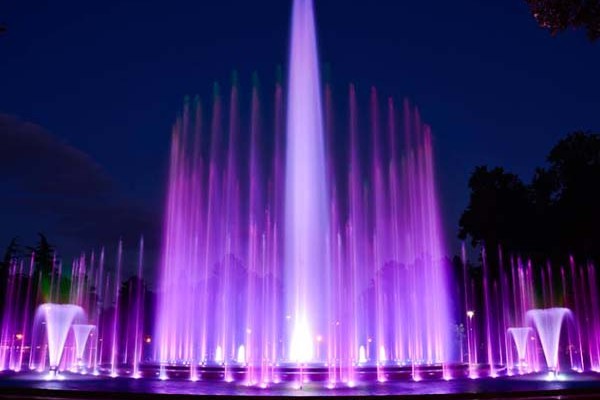 The musical fountain will be playing the already familiar list of musical pieces until 25 April but after Easter, the repertoire will be extended by new pieces.

The water theatre of the musical fountain at MargaretIsland is one of the special programmes of summer nights. It is fascinating to watch the choreographed moves of the jets of water dance to the music of the fountain.

Until 25 April, the fountain will be playing Spring from the Four Seasons from Vivaldi, Cecilia by Garfunkel, one of the Hungarian Dances from Brahms and Let Me Down Slow by the Rolling Stones from the previous programme, but after 25 April there will be new pieces. The audience will hear Blue Danube by Johann Strauss, the Triumphal March by Verdi, an extract of the Hungarian Rhapsody by Liszt, as well as Bend It by Dave Dee Dozy Beaky Mick & Tich, and I Hope by Rebecca Ferguson.

There will a new block of music for children, which will be played twice a day, once in the morning and once in the afternoon. Moreover, from May to July, every month a new piece of music will be introduced to please the visitors: the Radetzky March by Johann Strauss, You Really Got Me by The Kinks as well as Hey by Brother Avicii will be played to the audience.