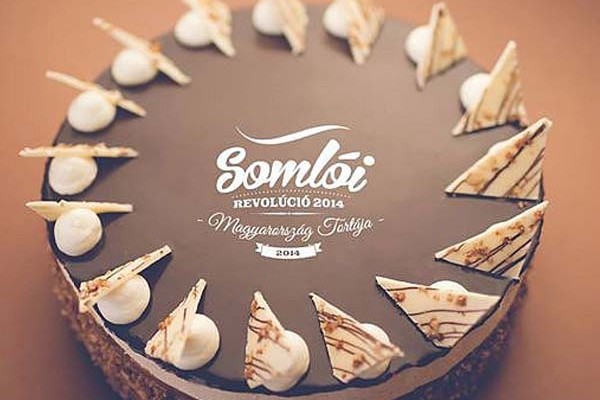 The revolutionary Somlói has become the ‘Cake of Hungary’

Cake of the country is the birthday cake of Hungary, which is presented in almost 150 cake shops during the national celebrations on the 20th August every year.

The competition organized by the Association of Hungarian Confectionery Manufacturers was won by Balázs Damniczki pastry chef from Székesfehérvár with his cake called ‘Somlói revolúció’. The cake of the country may be tasted on 20 August, on Hungary’s birthday, in 150 patisseries of the country.

According to the panel at the contest, Somlói revolúció is indeed a revolutionary cake, which – while keeping the basic flavors of Somlói dumplings – looks different from the traditional cake both on the inside, and on the outside.

The Somlói dumplings is one of the most famous desserts of Hungarian cuisine. It was invented by Károly Gollerits, the legendary patisseries  of Gundel restaurant in the 1950s. The cake itself was actually prepared by master pastry chef József Béla Szőcs, who started working for Gundel restaurant after spending his apprenticeship in Gerbaud.

Their new dessert won a professional award at the Brussels World Expo in 1958.