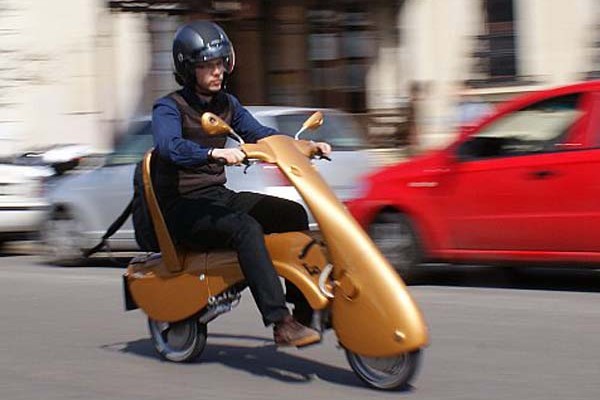 The unique feature of the Moveo scooter developed in Hungary is that it folds into a size of suitcase if necessary.

The featherweight, eco-friendly Moveo is run on lithium-ion batteries located in the wheels. According to the developer, it can run for 35 kilometres and it takes one and a half or two hours to charge from a socket at home or at work. 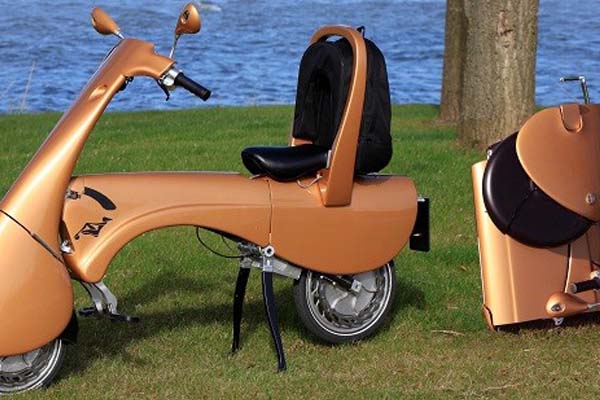 When folded it can be pulled on ’suitcase wheels’

Neither parking nor storing would be problematic as the electric scooter can be folded up into a regular size suitcase and pulled on the wheels of the suitcase. The small vehicle weighs no more than 25 kilos and can easily be transported by car, by public transport or stored in an office or in an apartment. 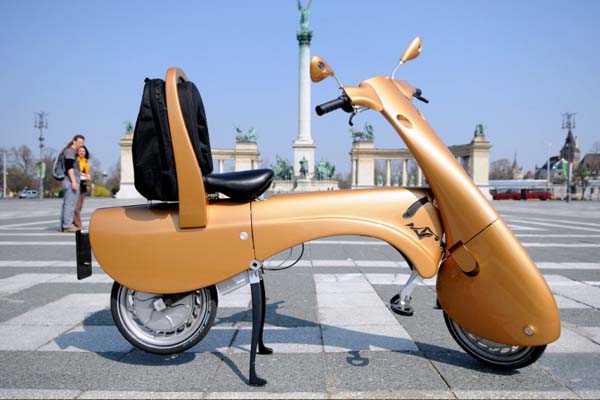 Zsolt Hegedűs, the developer of the scooter, believes that the eco-friendly scooter, which can reach maximum speeds of 40-45 km/h, will be useful in people’s everyday life. It would be perfect for travelling around in the city centre, for managing our tasks, for doing the shopping or getting to our work place if its only a few kilometres away. It would be perfect but unfortunately mass production has not started yet, as it would require almost HUF 1.5 billion. The developers are currently looking for investors.

The winner of the Renewable Energy Award in 2013

The small eco-friendly moped has already received various awards and international recognition. Last year Moveo won the Renewable Energy Award in the category of Innovative Technology at the Central-European RENEXPO®, on the leading energy market of Hungary and on the renewable energy platform and energy efficiency platform of Central Europe. Moreover, it has also appeared in the Green Design volume, edited by Dorian Lucas and published in September 2013.

The team is currently working on raising the capital required to start production so that the scooter may be launched on global markets in the middle of 2014.