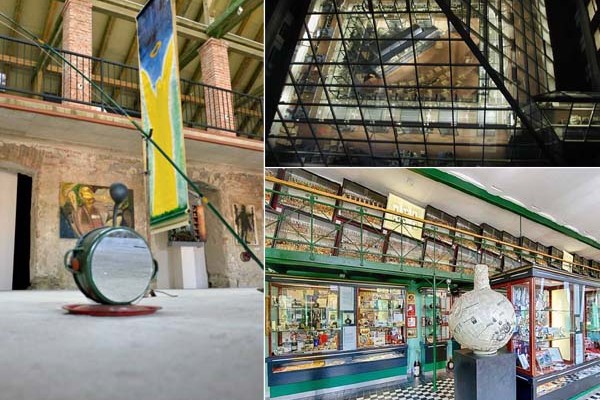 Special programmes on the Long Night of Museums

Light projection, future telling by an oracle, a surprise concert, stand-up comedians and workshops on 21 June, at Midsummer night.

On the Long Night of Museums, we can visit various institutions at night, which help us experience the atmosphere of the past and the magical feeling of art. The event which is held at Midsummer night offers an opportunity to visit not only museums, but also the Zoo, some Turkish baths, botanical gardens and cultural centres at an unusual time.

Surprise concert on the stairs of the Museum of Fine Arts

The “Music on the stairs” by the Budapest Festival Orchestra – the surprise concert performed on the stairs of the Museum of Fine Arts – opens the series of events which are part of the Night of Museums. It is an old tradition that the band gives a surprise concert the program of which is only revealed upon the raising of the conductor’s baton. There will be guided tours in the permanent collection of the Museum of Fine Arts, as well as a detective game, a windmill-making workshop, and a show by stand-up comedians.

Bicycle merry-go-round in the Museum of Ethnography

In the great hall of the Museum of Ethnography a bicycle merry-go-round will be spinning all night. Kálmán Kitlinger will be presenting an arts and crafts show and there will be documentaries shown in the library. Ethnographic photos of taken of distant and nearby continents can be seen in the folk pub, while visitor can listen to the works of renaissance, contemporary and Spanish Romantic composers played at the guitar chamber concerts. Guided museum tours will be held for small groups and will take visitors to areas of the museum that have not yet been seen by the public, such as the loft.

Workshops in the Museum of Applied Arts

The Museum of Arts and Crafts presents an exhibition called “Splendour on the dining table” which displays special relics of the European eating culture, and visitors can also attend workshops or make posters. The Castlemuseum of Nagytétény will hold a guided tour of the permanent exhibition “Art of Furniture from the Gothic to the Biedermeyer” where the guides will be wearing traditional costumes. Moreover, the band Góbé will be playing and the Tropicarium has also been invited to participate.

Light projection on the rocks of Gellért hill

The video animation projected on the rocks of Gellért hill will be dedicated to memory of Ottó Herman polymath. The video animation presenting the work of the natural scientist, ethnographist, linguist, archaeologist and politician will be shown continuously from 9.30 p.m. to 2 a.m., and the public may view it from the riverbank of the Danube, from the Pest side, between the Erzsébet and the Szabadság bridges.

At the LudwigMuseum – Museum of Contemporary Art (Lumú) concerts, contemporary dance shows, improvisative theatre and storytelling with a slide show will be entertaining the audience.

Guided tour in ancient costumes in the AquincumMuseum

The AquincumMuseum will hold a guided tour among the ruins of the ancient town and in the residential home built and furnished in accordance with the Roman style, where the guides will be dressed in costumes. There will be fortune telling by an oracle and the Sirtos band and Akropolis Kompania will also be playing.