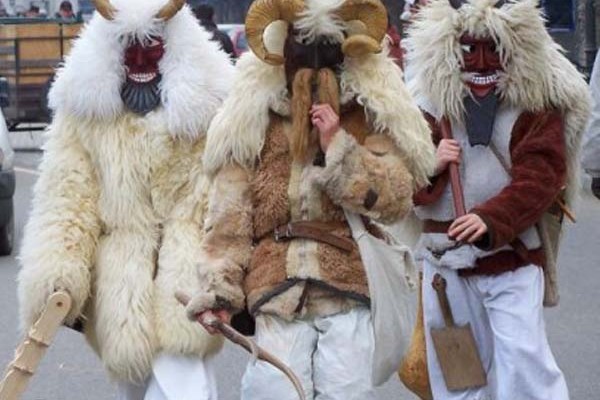 1100 masked Busós, which is more than ever before, will be chasing away the winter during the six-day-long Busó festivity which starts on 12 February in Mohács with a huge masked procession.

At the carnival, which is still held every year to preserve folk traditions, 1100 Busós from 44 Busó groups as well as 100 other masked participants will be entertaining the visitors. During the six days of the festivities visitors can participate in more than 70 events at 30 different locations.

Chasing away the winter for six days

The folklore festival ends on the day before Lent with the burning of a coffin on the main square, and continues with a carnival procession, a bagpipe convention, a folksong competition, several folk dance- and dance house performances, a Sokac (a Croatian minority group) party, a Busó wedding ceremony, as well as mask carving sessions and exhibitions of Busó masks made by famous artists.

The main programmes will be held on 15 February, on Carnival Sunday: this is when the Busós cross the river Danube on boats, march in the town centre, put the carnival coffin on the water, initiate new Busós and light a huge bonfire on the main square of Mohács.

Busó-walking is part of World Heritage

The Busó-walking was inscribed on the UNESCO Representative List of the Intangible Cultural Heritage of Humanity in 2009.

The famous Carnival festival of the Sokac people was first mentioned in a note in 1783. According to the legend about the Sokac in Mohács, their clever ancestors took refuge from the Turkish occupation on Mohács-island, which is on the other side of the river Danube. They dressed in disguise and scary masks and returned to the other side of the river to raid the superstitious Turkish troops, who panicked when they saw the terrifying masked men and fled the town as soon as they were able to.

The traditional elements of the Busó-walking have remained unchanged: the Busós say farewell to the cold season and celebrate the approaching spring by donning woolly sheepskin Busó fur cloaks and carved masks, and they equip themselves with the ritual paraphernalia characteristic of the event, such as large loud rattlers, clapper bells.

For more details about the program at the folk festival visit: www.mohacsibusojaras.hu.