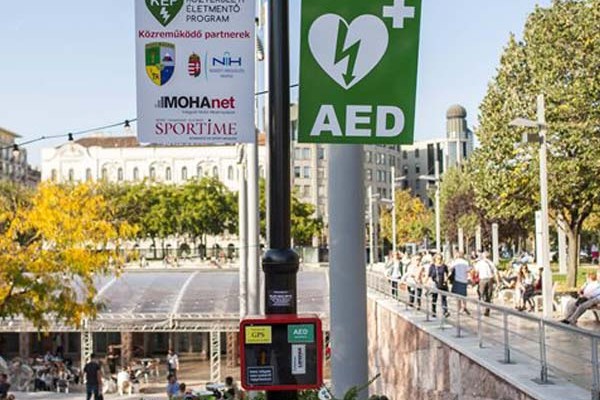 Notices indicating defibrillators have been placed at Akvárium Klub on Erzsébet tér, where the first device is available.

In Hungary more than seventy people die as a result of sudden cardiac arrest. The goal of the initiative which includes a number of organizations is to make defibrillators available for anyone in public places. These devices are now being placed on specially developed pillars in streets, squares, swimming pools, ports and in other busy public places.

Less than five per cent of the Hungarian population can save a life or would have the courage to do so. The basic goal of the public access life-saving programme that started on Monday is to call attention to the importance of defibrillators; its use can increase the chance of successful reanimation.

The first device has been placed at Erzsébet tér, which is the busiest place in the capital city, the test mode will last until the end of the year.