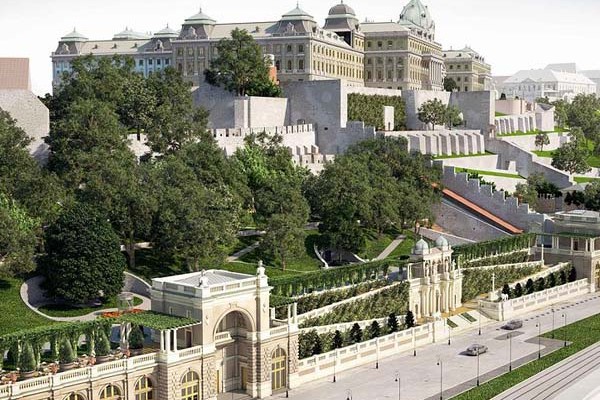 Széll Kálmán square will be modernized, the “Gomba” on Móricz Zsigmond circus will get a glass cover, and a new high quality eco-friendly stadium will be built.

The Buda Castle will be turned into a real renaissance courtyard, Kossuth square will be car-free, and Széll Kálmán square will also get a 21st century look, just to mention a few of the most important development projects. The 3D render images show us the cityscape of Budapest in 2014.

Castle Bazaar and renaissance gardens in the Buda Castle

The Castle Bazaar is now being reconstructed after thirty years of being abandoned. As the building complex is part of World Heritage, the most important goal of the renovation project is to restore it to its original condition. The building designed by Miklós Ybl and the royal gardens will not only get back their grandiose look, the Bazaar will also receive some new and modern elements. 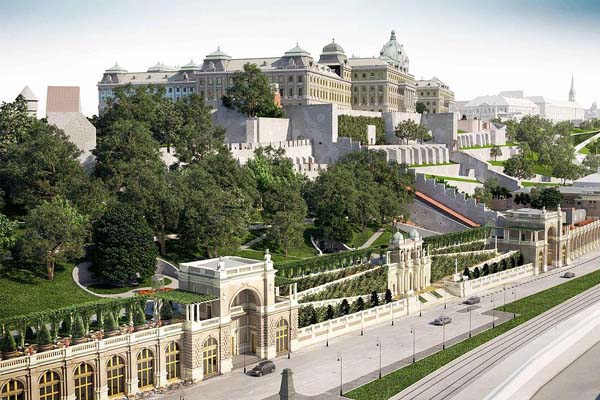 The escalator going up to the Castle, the underground event hall, the atmospheric restaurants and cafes, and the workshops that can be visited free of charge have all been designed to make the Castle Bazaar one of Budapest’s most lively cultural centres and a tourist attraction which promotes the beauty of the whole city. 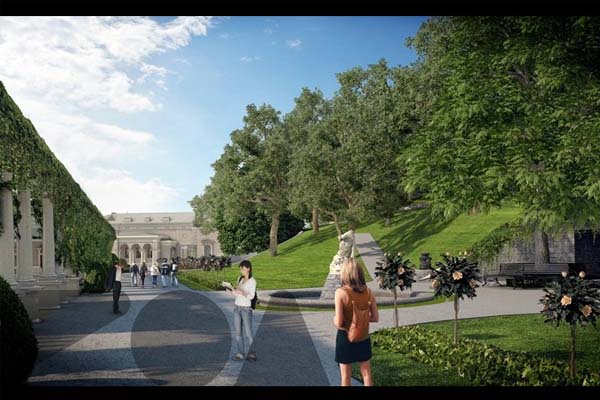 Kossuth square will become completely free of traffic and will be adjoined to the pedestrian zone in the city centre which ends at Szabadság square (Szabadság tér). By spring the underground garage and the laying of ornamental street tiles will be completed and an underground visitor centre which can be approached from the side of the Danube will be open. According to the architectural plans, there will also be a new waterfront walkway on the lower quay. 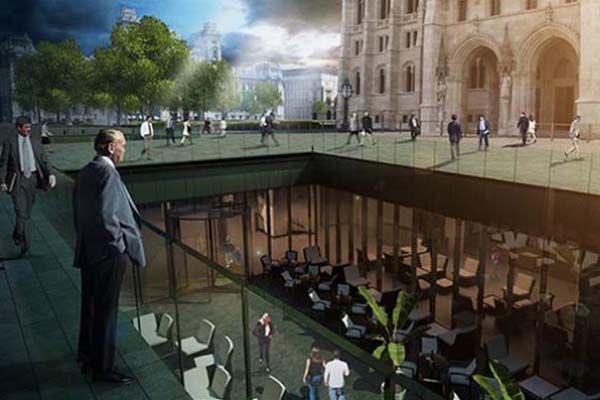 The reconstruction of the rather ’retro-looking’ Széll Kálmán square is to begin in the spring of 2014. The design which has won the tender rationalizes and humanizes the square with its elegance and with its simple architectural elements. The roof decks, the traffic zone area on the slope of Várfok street (Várfok utca), and the café which is situated at its highest point will provide the square with a definite form and perspicuity.

The square will provides unimpaired passage to all directions from its protected inner core, showing the way to the pedestrians by LED-lights embedded in the street surface. 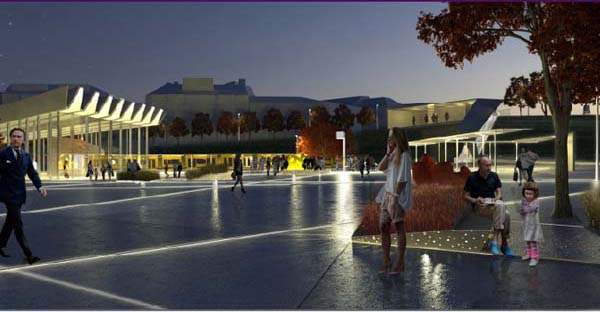 The suburban railway (HÉV) station on Móricz Zsigmond circus, which was built in 1942, will be renewed in line with the requirements of the 21st century. A new glass wall will be built around it and a lively cultural space will be created in the interior space with gardens, fountains, cafés and with an information station. 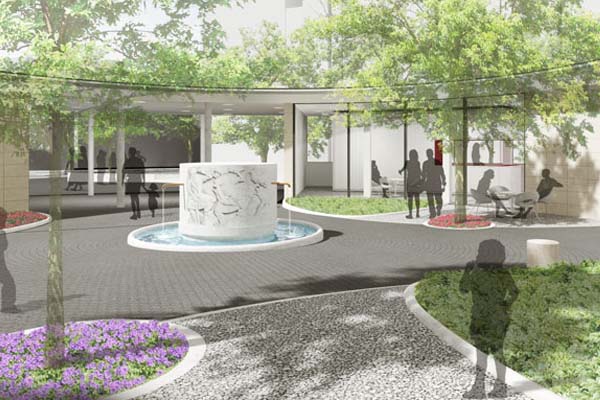 The new arena in Ferencváros will be the most modern and most beautiful sports complex in Central Europe and it will host new concerts and sport events. It is scheduled to be completed by the autumn of 2014. The new arena will be a self-sufficient “green stadium”, similar to the Allianz Arena in Munich. 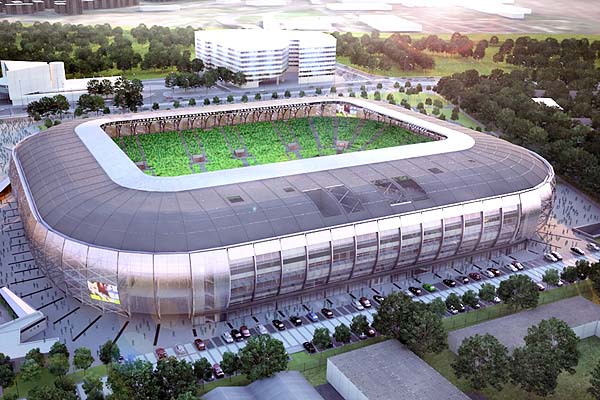