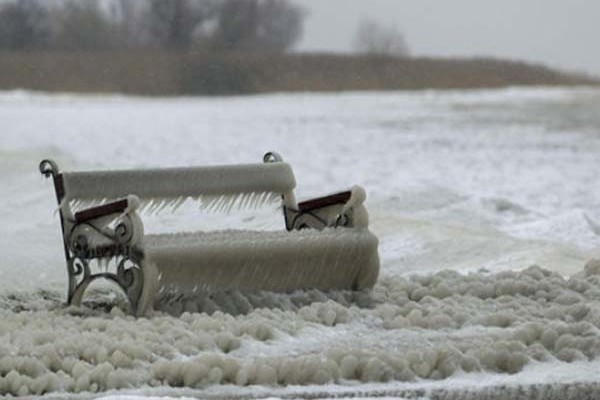 The sudden hit of cold wave has turned the shore of the Lake Balaton into an arctic landscape; the beaches are covered in several centimetres thick solid ice.

The weather at the end of the year surprised us twice. During the Christmas season there was a lot of bright sunshine which reminded us of spring, and then it suddenly turned cold and icy making the area around Balaton look like an arctic landscape. 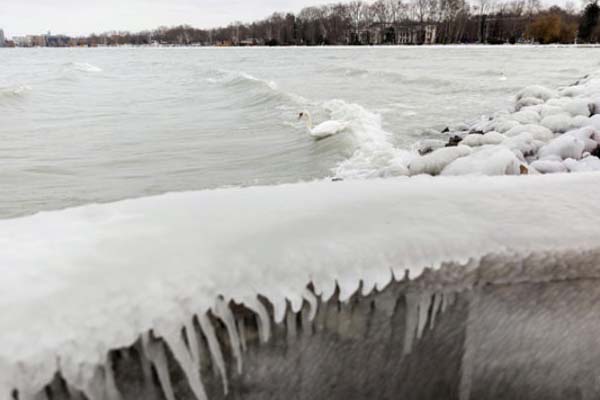 There is thick layer of ice covering the beaches, piers and benches along the shore of the Lake Balaton. It is forbidden to go ice-skating on the frozen lake until the thickness of the ice reaches 10 centimetres, which is considered safe. 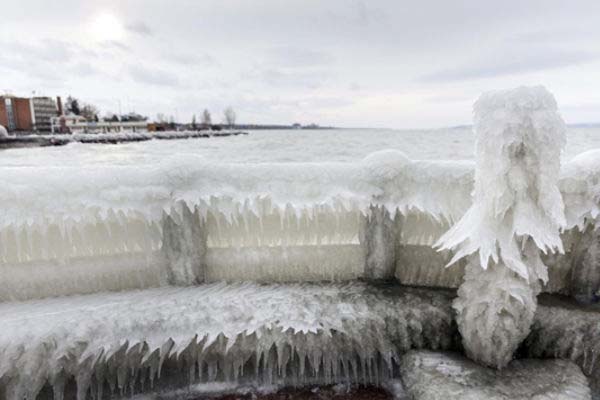 In order for that thickness of solid ice to cover the lake there should be similarly cold weather for about two weeks. However, according to the weather forecast the weather will be getting warmer in a week’s time. 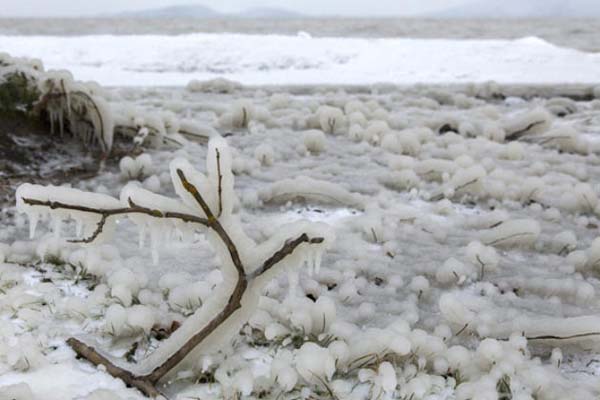