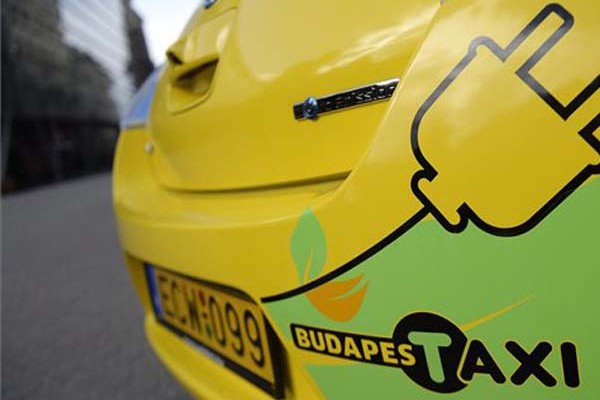 Budapest taxi has expanded its fleet with electric cars as a result of which 7 tons less carbon-monoxide will get into the air every year.

Budapest Taxi has expanded its fleet with two Nissan Leaf-branded electric cars, and fifty Opel Zafira-branded cars powered by compressed natural gas (CNG). According to Csaba Horváth, CEO of the company, thanks to the new vehicles, every year 7 tons less carbon-monoxide will be emitted into the air.

Due to the fact that electric cars have a running distance of 180 kilometres, the number of such cars can only be increased if the number of filling stations increases first.

Currently there are 37 filling stations in Budapest, where the cars can be filled free of charge at present, but the filling stations are capable of measuring and invoicing the energy used. According to his estimate, by 2020 the number of electric cars in Hungary may reach approximately ten thousand.

A taxi company can expect to recover the cost of an electric car in 4-5 years, which means electric cars have become a real alternative to traditional cars.