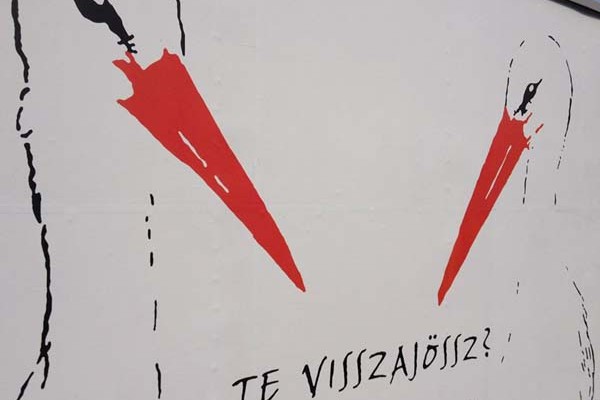 The motto of ARC exhibition is ‘What do you believe in?’ this year. The best posters can be seen on Ötvenhatosok tere until 21 September 2014.

This year more than 1100 applications have arrived, 84 pictures of which are presented on billboards, while 27 others share a billboard with other pictures.

The work which has won the competition is a picture depicting an asymmetric football pitch, the second place has been awarded to Milan Herr for his poster with the title ‘Hungarian in Europe’, and the third best work is ‘Rush hour’ by Géza Halász.

According to Virág Erdős, a member of the panel, the time has come when it takes some courage to stand up and show our face when we express our opinion. One applicant, for example, sent a blank page in reply to the question in the motto, but many others have succeeded in answering in a very personal way.